Alfred Edersheim, The Life and Times of Jesus the Messiah, p.402

Another characteristic of the Parables, in the stricter sense, is that in them the whole picture or narrative is used in illustration of some heavenly teaching, and not merely one feature or phase of it, as in some of the parabolic illustrations and proverbs of the Synoptists, or the parabolic narratives of the Fourth Gospel. Thus, in the parabolic illustrations about the new piece of cloth on the old garment (Luke 5:36), about the blind leading the blind (Luke 6:39), about the forth-putting of leaves on the fig-tree (Matt. 24:32); or in the parabolic proverbs, ‘Physician, heal thyself’ (Luke 4:23); or in such parabolic narratives of St. John, as about the Good Shepherd (John 10), or the Vine (John 15)—in each case, only one part is selected as parabolic. On the other hand, even in the shortest Parables, such as those of the seed growing secretly (Mark 4:26-29), the leaven in the meal (Matt. 13:33), and the pearl of great price (vv. 45,46), the picture is complete, and has not only only in one feature, but in its whole bearing, a counterpart in spiritual realities. But, as shown in the Parable of the seed growing secretly (Mark 4:26-29), it is not necessary that the Parable should always contain some narrative, provided that not only one feature, but the whole thing related, have its spiritual application.

In view of what has been explained, the arrangement of the Parables into symbolical and typical [by Goebel per footnote 16] can only apply to their form, not their substance. In the first of these classes a scene from nature or from life serves as basis for exhibiting the corresponding spiritual reality. In the latter, what is related serves as type (Gr:túpos ), not in the ordinary sense of that term, but in that not unfrequent in Scripture: as examples—whether for imitation (Phil. 3:17; 1 Tim. 4:12), or in warning (1 Cor. 10:6,11). In the typical Parables the illustration lies, so to speak, on the outside; in the symbolical, within the narrative or scene. The former are to be applied; the latter must be explained. 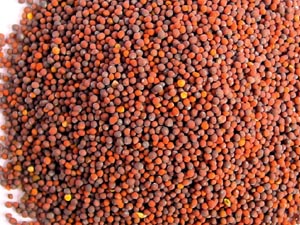 12 replies on “Better than Julicher”

I copied it from E-Sword.

Alas, I can’t determine the significance of the title, except that maybe it has something to do with life under the czars.

It’s too bad I’m in Mexico or I could do something very nice for you.

But I’m afraid you are incorrect about Julicher. As a hint, it goes with the name Adolf.

It looks like it is a font not found on my computer. The first five letters show up as “tuvpo” on my screen.

I’m probably going to have to resort to cheating if I’m to figure out the Adolf connection.

Vic, yes, that’s the way it looks in the HTML editor. Since v is the accent and ” is the final sigma it does look bizarre. I am just not sure why it rendered every other keystroke correctly, but ignored the last one. Very annoying.
Heidi gave up on the Julicher connection also.
Laura?

Haha. Adolf. Hm. Adolf von Harnack? Is it the name of his commentary on Deuteronomy? I remember seeing the phrase “waste howling wilderness” there a few weeks ago. Not in von Harnack’s dubious commentary, in the translation of the text in Henry’s. *crosses fingers for Most Far-Fetched prize*

I didn’t give up on Adolf. I cheated and used Google. Now I have the inside information. I promise not to use it for evil.

I was initially led astray by the trying to link it to vahskresenye, but now I know I had the wrong language.

Laura, not this time, I’m afraid.
Vic, I am glad you will use your knowledge only for good.
To all: the answer is to be found in E.P. Sanders.

Oh, but P.S. Laura. Good for figuring out my blog title!

All right. Julicher (one of the liberals Machen studied under in Germany) is supposed to be the first one to say that parables all had one main point and we mustn’t press the details: a statement which has become quite commonplace in interpretation, it seems; and yet a statement that doesn’t entirely accord with Jesus’ interpretations. Which is why I think Edersheim is better than Julicher.

On the final sigma, I found another workaround. If you have MS Word, just go to “insert”, “symbol”, and pick Greek. There’s a final sigma there. It seems to stay readable if you copy from the Word document to html.

Thanks, Vic. I had tried that and it didn’t work in this WordPress format. Perhaps I shall have to get Rich’s help.