[Writing about why Stoicism failed and Christianity succeeded] So far we have been speaking of conditions of success which were wanting indeed to Stoicism, but which nevertheless are not peculiar to Christianity. All creeds, which have secured any wide and lasting allegiance, have had their sacred books and their religious organization. But our Lord’s language, of which Seneca’s image is a partial though unconscious echo, points to the one distinguishing feature of Christianity. It is not a record nor a community, but a Person, whence the sap spreads to the branches and ripens into the rich clusters. I have already alluded to Gibbon’s account of the causes which combined to promote the spread of the Church. It will seem strange to any one who has at all felt the spirit of the Gospel, that a writer, enumerating the forces to which the dissemination and predominance of Christianity were due, should omit all mention of the Christ. One might have thought it impossible to study with common attention the records of the Apostles and martyrs of the first ages or of the saints and heroes of the later Church, without seeing that the consciousness of personal union with Him, the belief in His abiding presence, was the mainspring of their actions and the fountain of all their strength. This is not a preconceived theory of what should have happened, but a bare statement of what stands recorded on the pages of history. In all ages and under all circumstances, the Christian life has ever radiated from this central fire. Whether we take St Peter or St Paul, St Francis of Assisi or John Wesley, whether Athanasius or Augustine, Anselm or Luther, whether Boniface or Francis Xavier, here has been the impulse of their activity and the secret of their moral power. Their lives have illustrated the parable of the vine and the branches.

It is this which differentiates Christianity from all other religions, and still more from all abstract systems of philosophy. Those who assume the entire aim and substance of the Gospel to have been the inculcation of moral precepts, and who therefore rest its claims solely or chiefly on the purity of its ethical code, often find themselves sorely perplexed, when they stumble upon some noble and true utterance of Jewish or Heathen antiquity before the coming of Christ. A maxim of a Stoic philosopher or a Rabbinical schoolman, a saying of Plato or Confucius, startles them by its resemblance to the teaching of the Gospel. Such perplexity is founded on a twofold error. On the one hand they have not realised the truth that the same Divine Power was teaching mankind before He was made flesh: while on the other they have failed to see what is involved in this incarnation and its sequel. To those who have felt how much is implied in St. John’s description of the pre-incarnate Word as the life and light of men; to those who allow the force of Tertullian’s appeal to the ‘witness of a soul naturally Christian’; to those who have sounded the depths of Augustine’s bold saying, that what we now call the Christian religion existed from the dawn of the human race, though it only began to be named Christian when Christ came in the flesh; to those who can respond to the sentiment of the old English poem,

‘Many man for Cristes love

Er any Cristendom was knowe there

Or any cros honoured’;

it cannot be a surprise to find such flashes of divine truth in men who lived before the coming of our Lord or were placed beyond the reach of the Gospel. The significance of Christ’s moral precepts does not lose but gain by the admission: for we learn to view Him no longer as one wholly apart from our race, but recognising in His teaching old truths which ‘in manhood darkly join,’ we shall only be the more prompt to

‘Yield all blessing to the name

Of Him that made them current coin.’

But the mere ethical teaching, however important, is the least important, because the least distinctive part of Christianity. If there be any meaning in the saying that Christ appeared to ‘bring life and immortality to light,’ if the stedfast convictions of St Peter and St Paul and St John were not a delusion, and their lives not built upon a lie, then obviously a deeper principle is involved. The moral teaching and the moral example of our Lord will ever have the highest value in their own province; but the core of the Gospel does not lie here. Its distinctive character is, that in revealing a Person it reveals also a principle of life—the union with God in Christ, apprehended by faith in the present and assured to us hereafter by the Resurrection. This Stoicism could not give; and therefore its dogmas and precepts were barren. Its noblest branches bore neither flowers nor fruit, because there was no parent stem from which they could draw fresh sap. 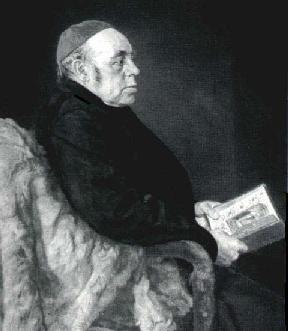 This is pretty good stuff, negatively considered. He is correct that ethical teaching is the least distinctive part of Christianity; He is correct that union with Christ –with that Person revealed in the Gospel is what distinguishes Christianity. I could wish he had been clearer to pointing out that it is the uniqueness of Christ, as well as the uniqueness of the doctrine of union with Him that is so distinctive. I am not sure if he is correct in locating so much uniqueness in the doctrines relative to immortality, but he knew a lot more than I do. The section on how people stumble in the face of the ethical teaching of other systems was great; the explanation less so. I am not in doubt that the ethical teaching of various sages was in fact a function of the work of God upon them. I am not in doubt that people who would ground the uniqueness of Christianity on its ethics fail to grasp the implications of the incarnation and its sequel. But in this passage Lightfoot either does not grasp them himself, or fails to develop them. His stress does not fall on the uniqueness of Christ’s Person (the basis for His unique office and work). It was not in accounting that there was a difference between right and wrong, it was not even in precising the definitions that the fundamental uniqueness of Christ lay (though of course as an expounder of the law He is without equal); it was in His being, and what He accomplished. Christianity is a total system, as such it has a system of ethics; but that system of ethics has of course many points of contact with other ethical systems. But in its doctrine, and supremely in its Apostle and High Priest, Christianity stands alone. All moralists and legalists ought to read Seneca and discover how similar his ethics are to Christ’s; hopefully that will impel them to the realization that it is not there that the glory of Christianity chiefly resides.