To Plato is given the praise of having perfected philosophy by combining both parts into one. He then divides it into three parts, — the first moral, which is chiefly occupied with action; the second natural, of which the object is contemplation; and the third rational, which discriminates between the true and the false. And though this last is necessary both to action and contemplation, it is contemplation, nevertheless, which lays peculiar claim to the office of investigating the nature of truth. Thus this tripartite division is not contrary to that which made the study of wisdom to consist in action and contemplation. Now, as to what Plato thought with respect to each of these parts, — that is, what he believed to be the end of all actions, the cause of all natures, and the light of all intelligences, — it would be a question too long to discuss, and about which we ought not to make any rash affirmation. For, as Plato liked and constantly affected the well-known method of his master Socrates, namely, that of dissimulating his knowledge or his opinions, it is not easy to discover dearly what he himself thought on various matters, any more than it is to discover what were the real opinions of Socrates. We must, nevertheless, insert into our work certain of those opinions which he expresses in his writings, whether he himself uttered them, or narrates them as expressed by others, and seems himself to approve of, — opinions sometimes favorable to the true religion, which our faith takes up and defends, and sometimes contrary to it, as, for example, in the questions concerning the existence of one God or of many, as it relates to the truly blessed life which is to be after death. For those who are praised as having most closely followed Plato, who is justly preferred to all the other philosophers of the Gentiles, and who are said to have manifested the greatest acuteness in understanding him, do perhaps entertain such an idea of God as to admit that in Him are to be found the cause of existence, the ultimate reason for the understanding, and the end in reference to which the whole life is to be regulated. Of which three things, the first is understood to pertain to the natural, the second to the rational, and the third to the moral part of philosophy. For if man has been so created as to attain, through that which is most excellent in him, to that which excels all things, — that is, to the one true and absolutely good God, without whom no nature exists, no doctrine instructs, no exercise profits, — let Him be sought in whom all things are secure to us, let Him be discovered in whom all truth becomes certain to us, let Him be loved in whom all becomes right to us.

Augustine covers a lot of ground in this interesting quote from De Doctrina Christiana, Book 2, Chapters 31,32

There are also valid processes of reasoning which lead to false conclusions, by following out to its logical consequences the error of the man with whom one is arguing; and these conclusions are sometimes drawn by a good and learned man, with the object of making the person from whose error these consequences result, feel ashamed of them and of thus leading him to give up his error when he finds that if he wishes to retain his old opinion, he must of necessity also hold other opinions which he condemns. For example, the apostle did not draw true conclusions when he said, “Then is Christ not risen,” and again, “Then is our preaching vain, and your faith is also vain;” and further on drew other inferences which are all utterly false; for Christ has risen, the preaching of those who declared this fact was not in vain, nor was their faith in vain who had believed it.
But all these false inferences followed legitimately from the opinion of those who said that there is no resurrection of the dead. These inferences, then, being repudiated as false, it follows that since they would be true if the dead rise not, there will be a resurrection of the dead. As, then, valid conclusions may be drawn not only from true but from false propositions, the laws of valid reasoning may easily be learnt in the schools, outside the pale of the Church. But the truth of propositions must be inquired into in
the sacred books of the Church.

[Of Aristotle] Looking from his study window he sees the hens scratching in the dust, the pigs asleep, the dogs hunting for fleas; the slaves, any of them who are not at that very moment on some appointed task, flirting, quarrelling, cracking nuts, playing dice, or dozing. He, the master, may use them all for the common end, the well-being of the family. They themselves have no such end, nor any consistent end, in mind. Whatever in their lives is not compelled from above is random—dependent on the mood of the moment. His own life is quite different; a systematised round of religious, political, scientific, literary and social activities; its very hours of recreation (there’s an anecdote about them) deliberate, approved and allowed for; consistent with itself. But what is it in the structure of the universe that corresponds to this distinction between Aristotle, self-bound with the discipline of a freeman, and Aristotle’s slaves, negatively free with a servile freedom between each job and the next? I think there is no doubt of the answer. It is the things in the higher world of aether which are regular, immutable, consistent; those down here in the air that are subject to change, and chance and contingence. In the world, as in the household, the higher acts according to a fixed plan; the lower admits the ‘random’ element. The free life is to the servile as the life of the gods (the living stars) is to that of terrestrial creatures. This is so not because the truly free man ‘does what he likes’, but because he imitates, so far as a mortal can, the flawless and patterned regularity of the heavenly being, like them not doing what he likes but being what he is, being fully human as they are divine, and fully human by his likeness to them. For the crown of life—here we break right out of the cautious modesty of most Greek sentiment—is not ‘being mortal, to think mortal thoughts’ but rather ‘to immortalise as much as possible’ and by all means to live according to the highest element in oneself.

The bearing that this remarkable passage has on the doctrine of sanctification may be too obvious to need to be pointed out. But perhaps it would not come amiss to remark simply that being made free from sin and having become the servants of righteousness, we have indeed been brought into the large freedom of being what we are – the children of God.

by the spleen we are moved to laugh, by the gall we are wroth, by the heart we are wise, by the brain we feel, by the liver we love 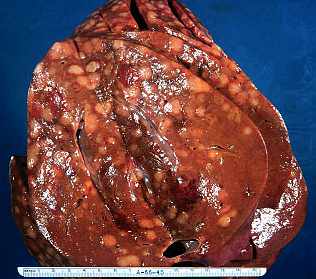 Nor do I now undertake to solve a very knotty question, which perplexed those very acute thinkers, the Academic philosophers: whether a wise man ought to give his assent to anything, seeing that he may fall into error by assenting to falsehood: for all things, as they assert, are either unknown or uncertain. Now I wrote three volumes shortly after my conversion, to remove out of my way the objections which lie, as it were, on the very threshold of faith. And assuredly it was necessary at the very outset to remove this utter despair of reaching truth, which seems to be strengthened by the arguments of these philosophers. Now in their eyes every error is regarded as a sin, and they think that error can only be avoided by entirely suspending belief. For they say that the man who assents to what is uncertain falls into error; and they strive by the most acute, but most audacious arguments, to show that, even though a man’s opinion should by chance be true, yet that there is no certainty of its truth, owing to the impossibility of distinguishing truth from falsehood. But with us, “the just shall live by faith.” Now, if assent be taken away, faith goes too; for without assent there can be no belief. And there are truths, whether we know them or not, which must be believed if we would attain to a happy life, that is, to eternal life. But I am not sure whether one ought to argue with men who not only do not know that there is an eternal life before them, but do not know whether they are living at the present moment; nay, say that they do not know what it is impossible they can be ignorant of. For it is impossible that any one should be ignorant that he is alive, seeing that if he be not alive it is impossible for him to be ignorant; for not knowledge merely, but ignorance too, can be an attribute only of the living. But, forsooth, they think that by not acknowledging that they are alive they avoid error, when even their very error proves that they are alive, since one who is not alive cannot err. As, then, it is not only true, but certain, that we are alive, so there are many other things both true and certain; and God forbid that it should ever be called wisdom, and not the height of folly, to refuse assent to these.

From Cicero, The Nature of the Gods

We of the Academy are not people who will accept nothing as true. But we do hold that every true perception has in it an admixture of falsehood so similar to the truth that we have no certain criteria of judgment and assent. It follows that we can attain only to a number of probable truths, which although they cannot be proved as certainties, yet may appear so clear and convincing that a wise man may well adopt them as a rule of life.