Alfred Edersheim, The Life and Times of Jesus the Messiah, pp.443-445

Without here anticipating the full inquiry into the promise of His immediate Coming, it is important to avoid, even at this stage, any possible misunderstanding on the point. The expectation of the Coming of ‘the Son of Man’ was grounded on a prophecy of Daniel, {Daniel 7:13} in which that Advent, or rather manifestation, was associated with judgment. The same is the case in this Charge of our Lord. The disciples in their work are described ‘as sheep in the midst of wolves,’ a phrase which the Midrash {On Esther 8:2, ed. Warsh. p. 120 b} applies to the position of Israel amidst a hostile world, adding: How great is that Shepherd, Who delivers them, and vanquishes the wolves! Similarly, the admonition to ‘be wise as serpents and harmless as doves’ is reproduced in the Midrash, {On Song of Solomon 2:14} where Israel is described as harmless as the dove towards God, and wise as serpents towards the hostile Gentile nations. Such and even greater would be the enmity which the disciples, as the true Israel, would have to encounter from Israel after the flesh. They would be handed over to the various Sanhedrin, and visited with such punishments as these tribunals had power to inflict. {St. Matthew 10:17} More than this, they would be brought before governors and kings, primarily, the Roman governors and the Herodian princes. {ver. 18.} And so determined would be this persecution, as to break the ties of the closest kinship, and to bring on them the hatred of all men. {vv. 21, 22.}The only, but the all-sufficient, support in those terrible circumstances was the assurance of such help from above, that, although unlearned and humble, they need have no care, nor make preparation in their defense, which would be given them from above. And with this they had the promise, that he who endured to the end would be saved, and the prudential direction, so far as possible, to avoid persecution by timely withdrawal, which could be the more readily achieved, since they would not have completed their circuit of the cities of Israel before the ‘Son of Man be come.’

It is of the greatest importance to keep in view that, at whatever period of Christ’s Ministry this prediction and promise were spoken, and whether only once or oftener, they refer exclusively to a Jewish state of things. The persecutions are exclusively Jewish. This appears from verse 18, where the answer of the disciples is promised to be ‘for a testimony against them,’ who had delivered them up, that is, here evidently the Jews, as also against ‘the Gentiles.’ And the Evangelistic circuit of the disciples in their preaching was to be primarily Jewish; and not only so, but in the time when there were still ‘cities of Israel,’ that is, previous to the final destruction of the Jewish commonwealth. The reference, then, is to that period of Jewish persecution and of Apostolic preaching in the cities of Israel, which is bounded by the destruction of Jerusalem. Accordingly, the ‘coming of the Son of Man,’ and the ‘end’ here spoken of, must also have the same application. It was, as we have seen, according to Daniel 7:13, a coming in judgment. To the Jewish persecuting authorities, who had rejected the Christ, in order, as they imagined, to save their City and Temple from the Romans, {St. John 11:48} and to whom Christ had testified that He would come again, this judgment on their city and state, this destruction of their polity, was ‘the Coming of the Son of Man’ in judgment, and the only coming which the Jews, as a state, could expect, the only one meet for them, even as, to them who look for Him, He will appear a second time, without sin unto salvation.

That this is the only natural meaning attaching to this prediction, especially when compared with the parallel utterances recorded in St. Mark 13:9- 13, appears to us indubitable. It is another question how, or how far, those to whom these words were in the first place addressed would understand their full bearing, at least at that time. Even supposing, that the disciples who first heard did not distinguish between the Coming to Israel in judgment, and that to the world in mingled judgment and mercy, as it was afterwards conveyed to them in the Parable of the Forthshooting of the Fig-tree, {St. Luke 21:29-31} yet the early Christians must soon have become aware of it. For, the distinction is sharply marked. As regards its manner, the ‘second’ Coming of Christ may be said to correspond to the state of those to whom He cometh. To the Jews His first Coming was visible, and as claiming to be their King. They had asked for a sign; and no sign was given them at the time. They rejected Him, and placed the Jewish polity and nation in rebellion against ‘the King.’ To the Jews, who so rejected the first visible appearance of Christ as their King, the second appearance would be invisible but real; the sign which they had asked would be given them, but as a sign of judgment, and His Coming would be in judgment. Thus would His authority be vindicated, and He appear, not, indeed, visibly but really, as what He had claimed to be. That this was to be the manner and object of His Coming to Israel, was clearly set forth to the disciples in the Parable of the Unthankful Husbandmen. {St. Matthew 21:33-46, and the parallels} The coming of the Lord of the vineyard would be the destruction of the wicked husbandmen. And to render misunderstanding impossible, the explanation is immediately added, that the Kingdom of God was to be taken from them, and given to those who would bring forth the fruits thereof. Assuredly, this could not, even in the view of the disciples, which may have been formed on the Jewish model, have applied to the Coming of Christ at the end of the present Aeon dispensation.

We bear in mind that this second, outwardly invisible but very real, Coming of the Son of Man to the Jews, as a state, could only be in judgment on their polity, in that ‘Sign’ which was once refused, but which, when it appeared, would only too clearly vindicate His claims and authority. Thus viewed, the passages, in which that second Coming is referred to, will yield their natural meaning. Neither the mission of the disciples, nor their journeying through the cities of Israel, was finished, before the Son of Man came. Nay, there were those standing there who would not taste death, till they had seen in the destruction of the city and state the vindication of the Kingship of Jesus, which Israel had disowned. {St. Matthew 16:28, and parallels} And even in those last Discourses in which the horizon gradually enlarges, and this Coming in judgment to Israel merges in the greater judgment on an unbelieving world, {St. Matthew 24 and parallels} this earlier Coming to the Jewish nation is clearly marked. The three Evangelists equally record it, that ‘this generation’ should not pass away, till all things were fulfilled. {St. Matthew 24:34; St. Mark 13:30; St. Luke 21:32} To take the lowest view, it is scarcely conceivable that these sayings would have been allowed to stand in all the three Gospels, if the disciples and the early Church had understood the Coming of the Son of Man in any other sense than as to the Jews in the destruction of their polity. And it is most significant, that the final utterances of the Lord as to His Coming were elicited by questions arising from the predicted destruction of the Temple. This the early disciples associated with the final Coming of Christ. To explain more fully the distinction between them would have been impossible, in consistency with the Lord’s general purpose about the doctrine of His Coming. Yet the Parables which in the Gospels (especially in that by St. Matthew) follow on these predictions, {St. Matthew 25:1-30} and the teaching about the final Advent of ‘the Son of Man,’ point clearly to a difference and an interval between the one and the other.

The disciples must have the more readily applied this prediction of His Coming to Palestine, since ‘the woes’ connected with it so closely corresponded to those expected by the Jews before the Advent of Messiah. {Sot. 9:15; comp. Sanh. 97 a to 99 a, passim} Even the direction to flee from persecution is repeated by the Rabbis in similar circumstances and established by the example of Jacob, {Hosea 12:12} of Moses,
{Exodus 2:15.} and of David. {1 Samuel 19:12; comp. Bemidb. R. 23, ed. Warsh. p. 86 b, and Tanch.} 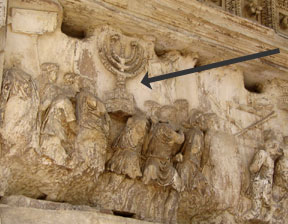