[Speaking about the Philistines’ capture of the Ark ] Why is it, do you think, that Israel ever suffered that defeat? Why is it that God’s people should ever thus be defeated by the Philistines and apparently routed? That is a most important question. It is one of the most urgent questions facing the church today. If you are content to receive the answer that is given by the great religious denominations in practically every country, you will believe that the cause of the defeat of Israel is to be found in the strength, the power, and the prowess of the Philistines. That is the explanation we are given. ‘Brethren,’ they say, ‘we must not be down-hearted. The Christian church today is facing an enemy such as our fathers scarcely ever had to face. Our fathers did not have to compete with the motor-car; they did not have to compete with the cinema, with the radio and with television, and all these other things that today are attracting the people away from God’s house.’ That is the cause of the trouble. And on top of all this, they add, ‘the modern man is educated, he has been to school and to the university”. We are confronted by this powerful enemy; and the suggestion is that the church has been defeated, and appears to be in a state of defeat today, because of the power and ability of the Philistines. 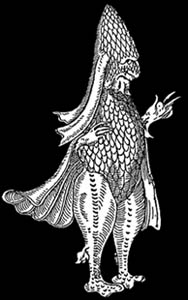 But I want to suggest to you that this is a completely false explanation. It was false in the time of the Old Testament, and it is equally false today. Go back, and read the story of the children of Israel, and you will find invariably that when they were defeated, it was never due to the strength of the enemy, it was always due to their own internal weakness. When the children of Israel were in the right relationship to God they always conquered their enemies. But the moment they forgot God and became indolent and slack in their religion, and trusted to themselves and their own powers, they were always defeated. It was never the strength of the Philistines that matter, it was always the strength or the weakness of Israel. (…) There is no variation in this world: the world is always opposed to us. Where is the variation, then? I am suggesting that the variation is in the Christian church herself, and that the church is in her present weak and powerless condition because she has repeated the mistake of the children of Israel of old. We have been trusting to ourselves and our own abilities and powers and our own understanding. And I believe that God has, as it were, abandoned us to ourselves in order that he may teach us this vital and all-important lesson. (…) And I am certain that I am right when I say that until we come to the end of our own self-reliance (it does not matter what form it takes), until the church is crushed to her knees, and has come to the end of her power and ability, and looks to God for his power and the might of the Holy Spirit –until then I am certain that the declension will continue and even increase. When the church of God is in a state of eclipse and apparent defeat, it is always because she has forgotten who she is, has forgotten her reliance upon God and has been trusting, in her folly, to her own ability and powers.