D.A. Carson, ‘ “I Am” Sayings’, Evangelical Dictionary of Theology 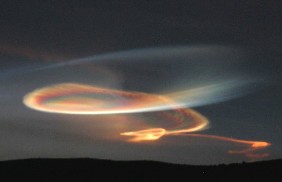 In the NT, many “I am” sayings are supplied with a subjective completion (e.g., “I am the light of the world,” John 8:12) and therefore do not qualify as “I am” utterances in the absolute sense. More difficult are the few instances outside John’s Gospel where the text offers a simple eg? eimi (lit. “I am”) but where the context makes clear that the meaning is “It is I” or “I am he”—with the antecedent of the “I” or “he” apparent in the surrounding verses. These are probably at best ambiguous self-disclosures of deity, hints for those familiar with OT; for many of Jesus’ prepassion self-revelations adopt such a stance of planned ambiguity. For instance, when Jesus walks to his frightened disciples across the surface of the water, he calms their fears by saying, eg? eimi, The context demands the conclusion that Jesus is identifying himself (“It is I”), showing that what they perceive is not a ghostly apparition (Mark 6:50). Yet not every “I” could be found walking on water: it would be premature to discount all reference to OT theophany. Again, Jesus warns his disciples against those who will lead many astray by claiming “I am” (Mark 13:6; Luke 21:8); but the context demands this be interpreted as “I am the Christ”—as Matt. 24:5 makes explicit. Jesus used identical language at his trial (Mark 14:61-62) and similar language after his resurrection (Luke 24:39), in each case bearing some ambiguity.

The Fourth Gospel raises new questions. Although many of Jesus’ “I am” utterances recorded by John are supplied with explicit predicates (“I am the true vine,” “I am the good shepherd,” “I am the bread of life,” “I am the resurrection and the life”), two are undeniably absolute in both form and content (8:58; 13:19) and constitute an explicit self-identification with Yahweh who had already revealed himself to men in similar terms (Isa. 43:10-11). Jesus’ opponents recognize this claim to unity with Yahweh (John 8:58-59); in 13:19-20, Jesus himself proceeds to make it explicit. These two occurrences of the absolute “I am” suggest that in several other passages in John, where “I am” is formally absolute but a predicate might well be supplied from the context (e.g., 4:26; 6:20; 8:24,28; 18:5,6,8), an intentional double meaning may be involved.

And that was so good that I think I shall have to do something revolutionary, something that almost never happens, and add more books by D.A. Carson to my Amazon wish list.

Yes, that’s very true. Carson’s quote cleared up for me some issues that had been raised in a sermon by William Romaine I read while I was in Greenville. Have you ever noticed that? You sort of mentally ‘shelve’ an issue and several years later the answer turns up when you were not expecting it?